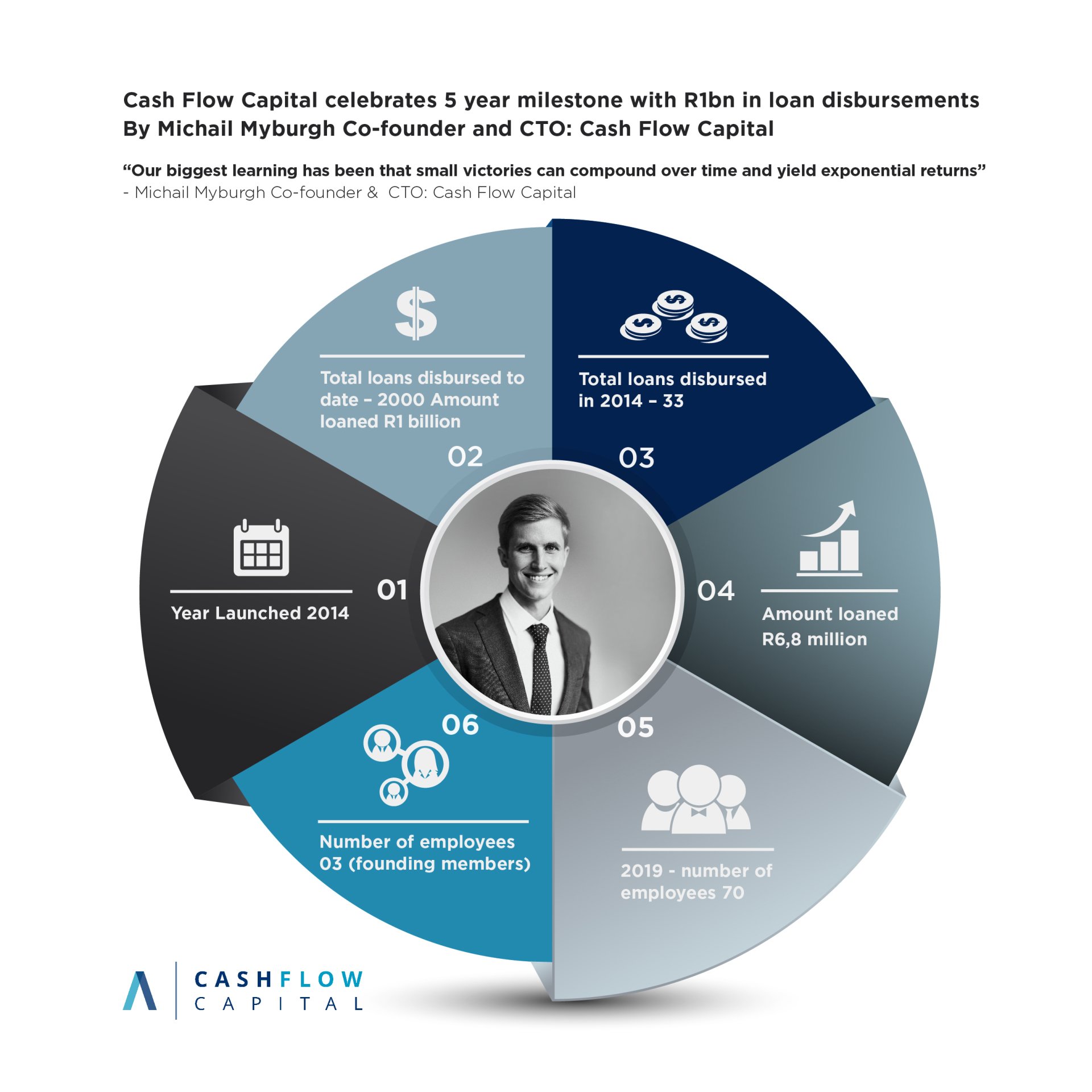 Since founding Cash Flow Capital in 2014 along with my brother, we’ve been so busy building the business we had not come up for air, until now – we are five years in, 70 staff, 2000 loans worth R1 billion disbursed. Phew, what a journey!

To date the company has funded over 2,000 businesses, which include many of South Africa’s favourite household brands, and supported the creation of more than 10 000 jobs in the last five years. We are now generating three times the business in one month than we did in a year at the company’s inception. Not bad for a start-up that began with identifying a gap in the lending market.

Our first loan of R100 000 was to a small bakery in Pretoria, My Darlings, which then was a small corner bakery. The business has since expanded to multiple sights and now supplies baked goods to several restaurants.

The growth of our company reflects the success and expansion of these small and medium businesses we fund, many of whom come back to us for refinancing of their expansion, all of which signifies the creation of jobs and a direct contribution to poverty alleviation.

The fact that we are one of many lenders to SMEs gives me even more hope and inspiration for the future of the country’s economy, because the multiplying effect means entrepreneurship in this country is alive and healthy.

Our vision and mission from the onset has not changed: Provide alternative funding to the hugely underfunded SME sector, thereby acting as a catalyst for economic growth.  Capital is the lifeblood of business, and without access to capital, many small businesses in South Africa would cease to exist.

Looking ahead, we are motivated by prospects in the rest of Africa. We are also diversifying into more established markets. CFC recently opened an office in Austin, Texas in the United States.

Although the journey has had its challenges, as we reflect on CFC’s humble beginnings we are energised for the future.

Disclaimer: The information provided on our website does not constitute legal, tax, financial, or accounting advice and should not be considered a substitute for obtaining advice from a licensed professional. All information is provided as a guideline. You should seek professional advice before making any decision that could affect your business.